We’re delighted to introduce the participants for our workshop on Campaigns to Support Sex Work Activism, funded by Open Society Foundation and taking place in Cape Town, South Africa THIS VERY WEEK! 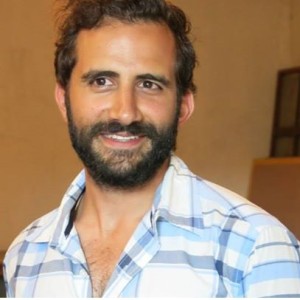 A recent addition to the Open Society Foundation team, Dimitri is the Programme Officer for the portfolio of Advancing Civil Society and Promoting Socio-economic rights. This has a large focus on public health and education. 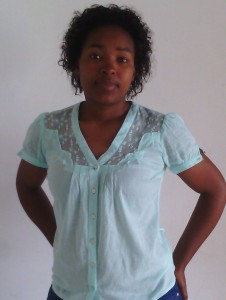 Voyokazi is a young human rights female activist who lives in the eastern cape province. She started volunteering for TAC in 2003 with the aim of educating and advocating for therecognition and protection of human rights particularly people living with HIV. Her activism grew as she was exposed to a lot of challenges and later formed partnership with SWEAT based in the EC office as she identified a need for TAC as an organized group to offer support and add voice to address challenges experienced by key populations including Sex workers and LGBTI’s. 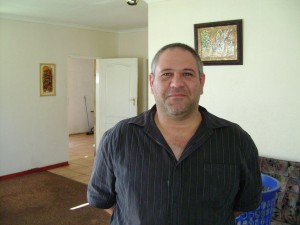 Wayne has been functioning as Project Manager on the Sex Worker’s Project since October 2014; prior to that he has been involved in projects related to; adolescent HIV, People who inject with drugs, the homeless, gender based violence survivors, transgendered people and LGBTI community at length. He has a life-time of experience as an activist for the LGBTI community and for the last five years tried to be the voice of those who are denied one. 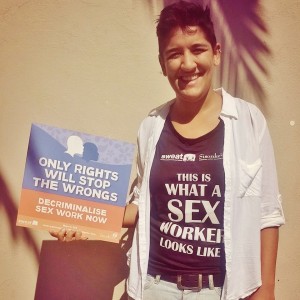 Growing up with activist parents involved in the visual and performance arts, Ishtar always had an interest in using creative methods to further our call for social justice and rights for sex workers. Currently working at Sex Worker Education and Advocacy Taskforce. The formal role at SWEAT is coordinating SWEAT’s parliamentary lobbying and responses to the human rights violations of sex workers. Part of that work also consists of organising strategic direct action and assisting in coordination of the decriminalisation of sex work coalition with an end goal of achieving legal reform. 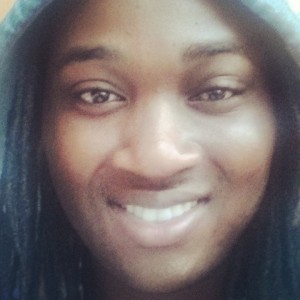 Munyaradzi is 26, and born in Harare, Zimbabwe in 1988. Munya grew up and studied there, but fled homophobia from motherland and found a second home in South Africa in the year 2010. Munya has a passion for defending human rights, especially where women and the LGBTI rights are concerned. Munya is also a music lover and a singer. 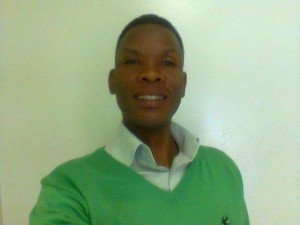 Edwin is a Community Health Care worker with vast amount of experiences working with key populations. He currently works with Wits RHI providing direct support to the nurses, conducting pre and post counsilling, pricking, adherence counseling, follow up of defaulters and taking down sex workers’ demographics. He has also worked for ANOVA Health Institute where he had to identify and establish working relationships with stakeholders in the community. He also organized MSM activities and dialogues and is currently studying project management at diploma level and has done GCP (Good Clinical Practice) 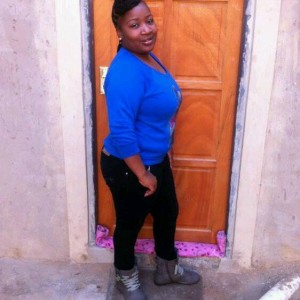 Kgaugelo is the coordinator for the Soweto Sex Worker Project, working in conjunction with Sisonke and the Sex Worker Education and Advocacy Taskforce (SWEAT). As a sex worker herself and having been recently nominated to sit on the Gauteng Provincial AIDS Council, she is a dedicated activist and programmer implementer. 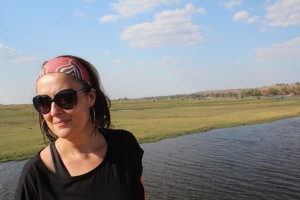 Elsa is a researcher/activist who has worked closely with Sisonke since 2010 in an array of arts-based research projects (visual and narrative) where the centrl aim of the work has been to conduct robust research that can reach a wide range of audiences, specifically the general public, policy makers and key stakeholders. In 2010, she led the ‘Working the City’ participatory photo project with migrant sex workers in inner-city Johannesburg (http://www.migration.org.za/page/about-wtc/move). In 2013, ACMS was awarded a grant from OSF/OSISA to conduct another two participatory photo projects with sex workers in South Africa. This project culminated in an exhibition entitled ‘Volume 44’ (http://www.migration.org.za/page/about-vol44/move).

Siyabonga is currently employed by WRHI as A Team Leader for MSM (men who have sex with other men) & transgender Sex Work Project, where he started as a Peer Educator and was recently promoted as a Team Leader. He has previously been employed by Bassline Music Venue as a Bartending Manager and also did work for Platinum Group as a Store Machandiser and Stylist. He is an active MSM sex worker working in Sandton and Johannesburg. 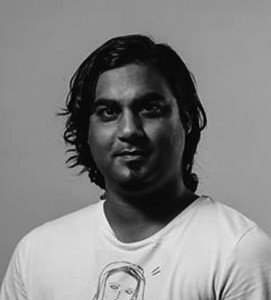 As a practicing Graphic artist and lecturer Nivesh aims to use his work as a tool for activism through the development of imagery utilized for creating awareness. He has in the past developed bodies of work concerning varied issues faced by Southern African society, such as class division, crime, poverty and so forth. In addition to this practice he has worked extensively with Arts for Humanity, an NGO concerned with creating global networks through art in order to educate youth by visual methods. He is also currently developing his masters study at the Durban University of technology surrounding my practice. His portfolio can be viewed at www.behance.net/NiveshR 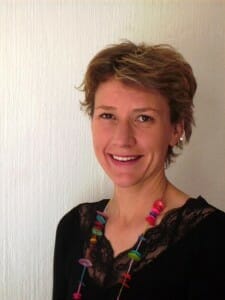 Marlise Richter is a senior member of Sonke’s Policy, Development and Advocacy Unit where she manages Sonke’s prison reform advocacy, serves as coordinator of Sonke’s partnership with Sweat aimed at the full decriminalisation of sex work, and also manages the Sonke-UCLA Health and Human Rights LLM fellowship programme. Marlise has worked in health and human rights focused organisations for many years and in a number of different key national NGOs. She worked as a researcher at Project Literacy, the AIDS Law Project, the Treatment Action Campaign and the Reproductive Health and HIV Research Unit. She is currently a visiting researcher at the School of Public Health & Family Medicine, University of Cape Town and at the African Centre for Migration & Society, Wits University, where she pursues her research and advocacy interests in feminism, human rights and HIV/AIDS, with a particular focus on sex work and gender based violence. She is also involved in campaigns on animal rights, urban greening (particularly Guerilla Gardening) and ethical food-production.

Greta Schuler
University of the Witwatersrand 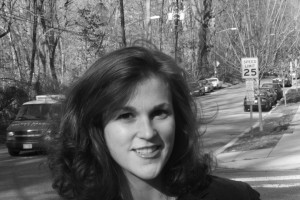 Greta Schuler is pursuing her PhD in Creative Writing at the University of the Witwatersrand. Her dissertation focuses on the lives of migrant sex workers in Johannesburg. She is conducting research with the African Centre for Migration and Society as a Doctoral Fellow, working on the MoVE Project, funded by the Open Society Foundation. For the project, Greta is facilitating creative writing workshops with sex workers. Greta’s short stories and essays have appeared in various literary journals. She holds an MA in Forced Migration from the University of the Witwatersrand and an MFA in Creative Writing from American University, Washington, DC. 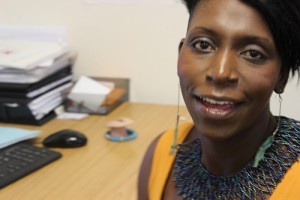 Ruvimbo Tenga is a migrant sex worker human rights activist from Zimbabwe. She works at Sisonke Sex worker Movement in South Africa as the Western Cape Media Liaison which advocates for the decriminalization of sex work. She is in the Advocacy Unit and manages the social media for Sisonke, like facebook. She is also involved in direct action planning and mobilisations of sex work to fight their constitutional rights.

Lesego Tlhwale is a communication personnel currently working as a media advocacy officer for Sex Worker Education and Advocacy Taskforce (SWEAT) within the advocacy unit. In this position Lesego is responsible for all media interaction with SWEAT and Sisonke as well as branding, communication and social media for the organisation. Furthermore, Lesego is a Lesbian, Gay, Bisexual, Transgender and Intersex (LGBTI) activist in a personal capacity as well as a human rights defender. Lesego holds a national diploma in media studies and journalism and currently is studying towards a B.A. in communication science at the University of South Africa.

Hamunyari is a single parent of two boys aged seventeen and fourteen. She is a migrant sex worker from Zimbabwe, and has worked with market photo and ACMS with sex workers in limpopo on projects volume 44 and equal air time.

Portia Maseko is a Community Health Worker currently working for Wits RHI providing direct support to the nurses, conducting pre and post counseling, pricking, adherence counseling, follow up of defaulters and tracking down sex workers demographics. She also worked as a peaditrician counselor at Baragwaneth hospital and also worked as a community healthy worker at research department under WRHI tracking patients who are on ART and doing follow up on defaulter tracing. She is currently studying Office administrator at diploma level with Damelin. 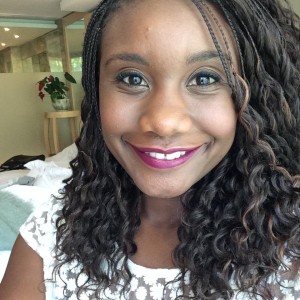 Nelago recently completed an MPhil in International Law from the University of Cape Town and has been working at ARASA since April 2014. ARASA is a regional partnership of over 80 CSOs working together to promote a human rights based response to HIV and TB in Southern and East Africa. In her role as regional advocacy officer she works with diverse partner organisations on issues related to creating legal enabling environments for key populations, which includes sex workers, as well as advocacy around access to treatment care and support. 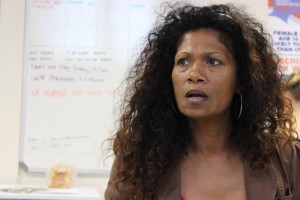 Glynnis Bentham is a lobbying officer for SWEAT. This role involves lobbying parliament and ward councillors. She also interacts with my community on a social services platforms, speaking about harrassment and and stigma within the community. The main aim in her job is to lobby for decriminalisation of sex work. Glynis is a mother, grandmother, sexworker and activist from yesteryear, still going strong.

Moses Tofa is a Programme Officer in the Justice and Equality and the Socio Economic Rights Programmes. Moses has previously worked as a Lead Researcher with the Mass Public Opinion Institute. He is also a Peace and Security Scholar with the African Leadership Centre and the Conflict, Security and Development Group. Moses holds a Bachelor of Science in Political Science and a Master of Science in International Relations from the University of Zimbabwe. He also holds a Master of Arts in International Peace and Security from King’s College, University of London. He has been admitted to a PhD in Conflict Transformation and Peace Studies at the University of Kwa-Zulu Natal. He has published on regional politics widely.

Shepi lives in Cape Town, South Africa, and works in the Journalism Department, Rhodes University, Grahamstown. He has devoted more than twenty years to the media and communications sector in South Africa, working for a broad range of organisations including public and community broadcasters and civil society organisations. His professional experience includes production (video, photo, radio, podcast, broadcast journalism), script writing, editing, communications research and teaching, training and development. Shepi has a special passion for community journalism and specifically radio as a medium to promote citizen agency and reflect a diversity of voices in community development.