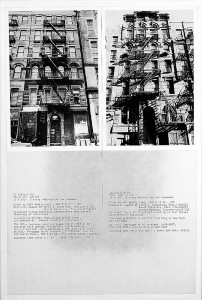 S&S: As a political artist, how can you know when you’ve been successful?

I believe it is a relatively new phenomenon that art works are referred to as successful or unsuccessful. And success would mean, in today’s arts, media attention. I understand why you ask this question if one works, as I do, with overt political topics as the repercussions it had would tend to be in sync with whether it had hit a sore spot.

I’m a bit uncomfortable with that because it means that if, for some reason, and there are many accidental reasons, something is being picked up by the media or is overshadowed by something at that very time that is absorbing everybody’s attention. That is: if it doesn’t get picked up then therefore it was a bad work and something that for sensational reasons is being bandied about therefore is a good one, a successful one.

So I would rather not think in those terms because these are unweighables; it becomes too much of a prisoner of media attention. And, as we know from history, things that were not paid attention to are all of a sudden discovered, are sensational.