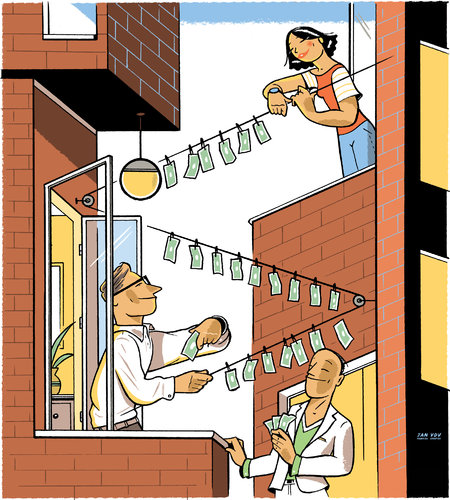 In a recent New York Times editorial, Elizabeth Dunn and Michael Norton discussed America’s broad distaste for the institution of taxation, a phenomenon that plagues advocates of progressive taxation in this country.  Rather than addressing the historical-political underpinnings of these contemporary attitudes, they approach the issue from a design perspective.  Their conclusion?  Taxes could benefit from a strong marketing campaign.

Why the hatred?  One reason is that it’s not easy for people to see how taxes provide benefits.  One survey that asked Americans whether they had used any government social programs found many saying they hadn’t – when in fact, a majority had taken advantage of tax deductions for mortgage interest or child care.  Fifty-three perfect had taken out student loans, and 40 percent had benefited from Medicare.  Clearly, the government has a marketing problem.

The duo used Boston’s statistics on service requests for everything from potholes to missing street signs to create a visual portrayal of the city’s taxes at work:

We brought these numbers to life, providing a map with color-coded yellow and blue pins that indicated the exact spot in the city where each service request had been opened and closed.  Those who saw the latter version not only thought their government was doing a better job, but also that it deserved more credit than it was getting.  Forget big changes to the tax structure: a little color coding can push people’s opinions in the right direction.