…with our experts Sydney and Sebastian Railla-Duncombe. 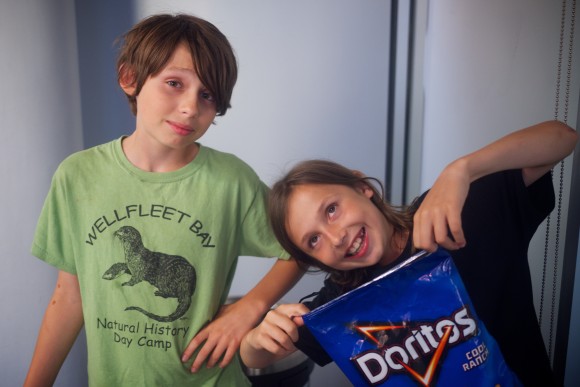 Part 1 – we read and respond to your letters!

A letter from the famous and acclaimed writer, Mr. Jason Grote about our TGI Fridays episode.

And also: We’re out spent and out budgeted! How do we compete with pop culture that is so well funded?

Then, The Minecraft Part

Minecraft (via Wikipedia) Minecraft is a sandbox independent video game originally created by Swedish programmer Markus “Notch” Persson and later developed and published by the Swedish company Mojang. The creative and building aspects of Minecraft enable players to build constructions out of textured cubes in a 3D procedurally generated world. Other activities in the game include exploration, resource gathering, crafting, and combat. Multiple gameplay modes are available, including survival modes where the player must acquire resources to build the world and maintain health, a creative mode where players have unlimited resources to build with and the ability to fly, and an adventure mode where players play custom maps created by other players. The PC version of the game is renowned for its third-party mods, which add various new items, characters and quests to the game.

How do we plan for regular innovations?

Theme: Characters, Personas, Costumes, and Authenticity. And being heard. 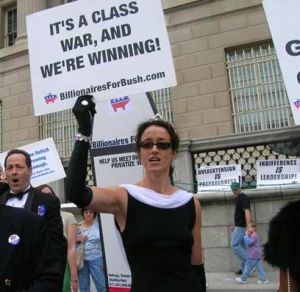 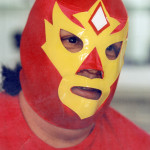 Superbarrio Man – Real Life Superheroes Wiki – Superbarrio Gómez (Super Barrio) is a Mexican Real Life Superhero based in Mexico City who uses non-violent means to fight crime and corruption with protests, civil disobedience and political action. He wears a red and yellow wrestler’s mask in the tradition of the luchadores complete with a red and yellow suit and cape emblazoned with a “SB” in a pentagon-shaped shield.

The Spook Who Sat by to the Door | Wikipedia – a 1973 film based on the 1969 novel of the same name by Sam Greenlee. It is both a satire of the civil rights struggle in the United States of the late 1960s and a serious attempt to focus on the issue of black militancy. Dan Freeman, the titular protagonist, is enlisted in the Central Intelligence Agency’s elitist espionage program as its token black. After mastering agency tactics, however, he becomes disillusioned and drops out to train young Chicago blacks as “Freedom Fighters”. As a story of one man’s reaction to white ruling-class hypocrisy, the film is loosely autobiographical and personal.

Invisibility as a strength

“Meetings are these ideal egalitarian spaces – if you’re an extrovert.” — Stephen Duncombe

Live Action Role Playing | Wikipedia – A live action role-playing game (LARP) is a form of role-playing game where the participants physically act out their characters’ actions. The players pursue goals within a fictional setting represented by the real world while interacting with each other in character.

The Institute a film about The Jejune Institute (it’s on Netflix) and a huge ARG.

Theme? Protest actions are games with a game space, rules, and characters.**

Can the process be the game?

The Climate Games! How to play – Players form their own teams and develop a gaming strategy in order to obtain an award for their bravery, solidarity, creativity or impact! Make your move on the playing field and show Amsterdam that these polluting industries must be stopped! You’ll create evidence of your team’s move(s) via photos or video and our Tech Team will keep track of how the teams are doing.

But, players beware! The Blue Team is out there to make your task as challenging as possible. Prepare your strategy beforehand and know how much you’re willing to risk. We encourage all levels of participation. Which category will your team dominate?

Karate Kid – Pat Morita in the Karate Kid. Side note: the Tanforan Mall was once an internment camp.

We recorded with kids.