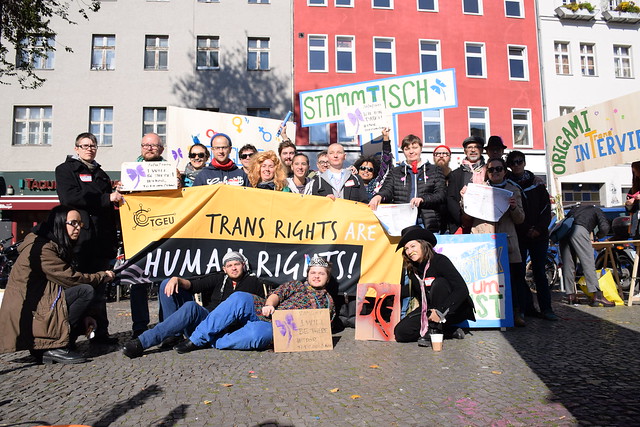 Last month, in collaboration with Trans Gender Europe (TGEU) and funded by Open Society Foundations, we travelled to Berlin to carry out a School for Creative Activism Workshop with trans activists and artists from across Europe. From 8-11 October, we worked with 17 participants from 13 European countries, developing a creative activism campaign to mark some of the spaces across Berlin that have symbolic, historical, or emotional significance for trans people. 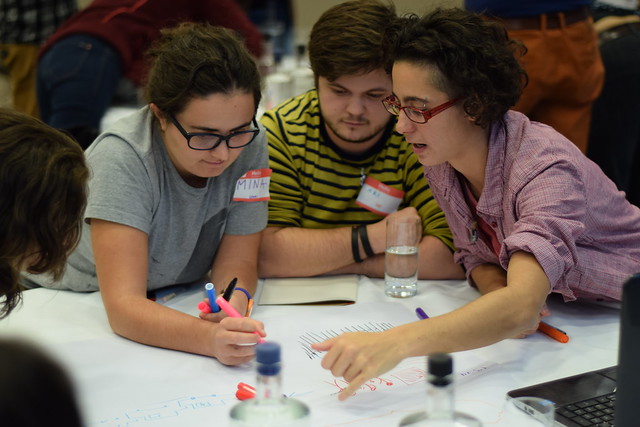 After two days training in the theory and history of creative activism, the group devised, constructed, and carried out a fully fledged campaign action in 24 hours – including a logo, a trans map of Berlin, origami workshop, living library and stands where Berliners could juggle with their gender and enjoy free coffee. 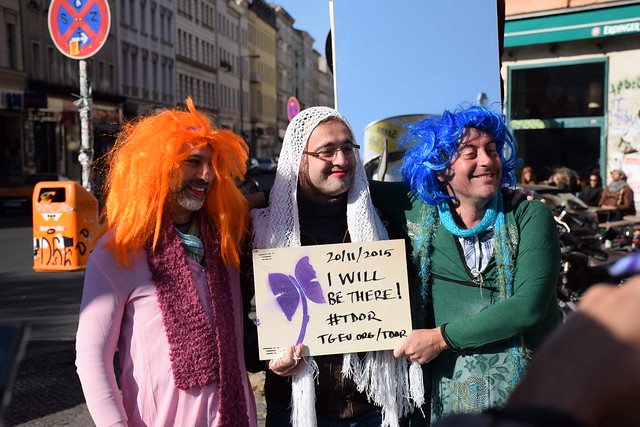 “The workshop was empowering for me”, said Tina Orban, an activist from Hungary, “I am usually not involved in street actions but this one feels different. We will leave a mark on the streets of Berlin to bring to the light the violence that trans people are facing”.

Every year on November 20th activists all over the world commemorate Trans Day of Remembrance to honour and remember trans people who lost their lives during the year. According to the Transrespect vs. Transphobia project of Transgender Europe, since 2008 at least 94 trans people were reported murdered in Europe.

Read more about what TGEU organised for TDoR 2015 on http://tgeu.org/TDoR