“People in the art world, in general, are afraid of popular… it’s the fear that if you like what everyone else likes, then you’re no different than them, you might just be like them. And people are quite frightened of that.” – Brian Eno

This episode we had author, philosopher, and punk rock drummer Max Trembley tour us through hit songs on the Billboard Hot 100.

The Pernicious Rise of Poptimism – The New York Times – “Should gainfully employed adults whose job is to listen to music thoughtfully really agree so regularly with the taste of 13-year-olds?”

Icona Pop – I Love It – What Steve remembered as the “I don’t care” song.

How the Hot 100 works “This week’s most popular songs across all genres, ranked by radio airplay audience impressions as measured by Nielsen Music, sales data as compiled by Nielsen Music and streaming activity data provided by online music sources.””

Gran Fury was the graphics wing of ACTUP and used advertising’s tropes and polish to communicate about the AIDS crisis.

James Brown I’m Black and I’m Proud on Wikipedia – “In the song, Brown addresses the prejudice towards blacks in America, and the need for black empowerment. He proclaims that “we demands a chance to do things for ourself/we’re tired of beating our head against the wall/and workin’ for someone else”. The song’s call-and-response chorus is performed by a group of young children, who respond to Brown’s command of “Say it loud” with “I’m black and I’m proud!” The song was recorded in a Los Angeles area suburb with about 30 young people from the Watts and Compton areas.” 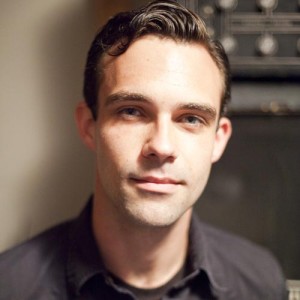 Max is a doctoral student in Philosophy at the New School for Social Research. He is the co-editor of White Riot: Punk Rock and the Politics of Race and plays drums in the band Sleepies. 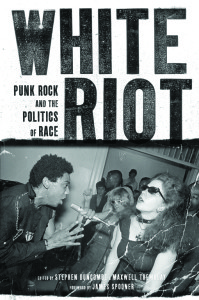 White Riot: Punk Rock and the Politics of Race – Edited by Stephen Duncombe and Maxwell Tremblay.Foreword by James Spooner

The ultimate collection on punk and race, from the Clash to Los Crudos.

From the Clash to Los Crudos, skinheads to afro-punks, the punk rock movement has been obsessed by race. And yet the connections have never been traced in a comprehensive way. White Riot is the definitive study of the subject, collecting first-person writing, lyrics, letters to zines, and analyses of punk history from across the globe.